Showing posts from September, 2021
Show all

AMERICANS WE TRIBUTE TO VETERANS 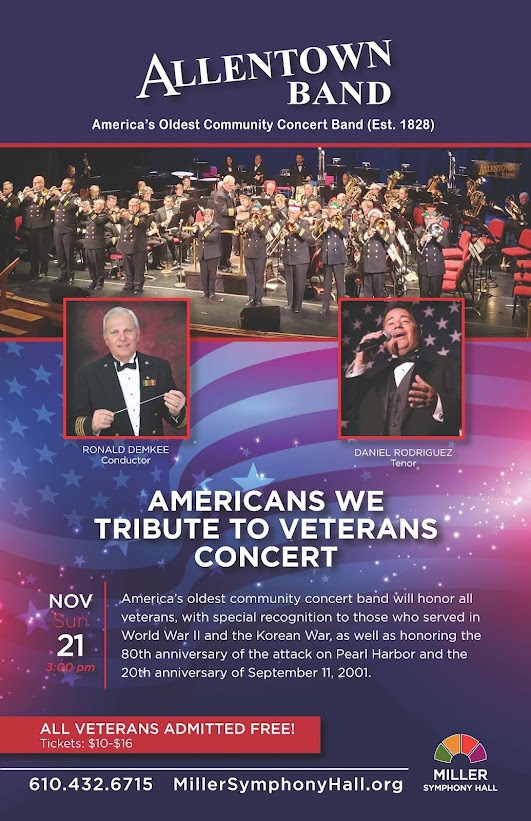 Fans of The Allentown Band support the on-going commitment to honoring our nation's veterans and first responders. This year,  The Allentown Band, along with “America’s Tenor” Daniel Rodriguez, (aka "the Singing Policeman") will perform a program of Patriotic favorites paying tribute to all veterans, with special recognition of WWII and Korean War Vets. The 80th Anniversary of the attack on Pearl Harbor will be commemorated with Richard Rodgers Symphonic Portrait “Victory at Sea.” There will also be a special tribute to all First Responders on this, the 20th Anniversary Year of 9-11. A Video narrated by Susan Falciani Maldonado, Curator of the Trexler Library at Muhlenberg College brings into focus events occurring in the Lehigh Valley during WWII as the band performs James Christensen’s “The Homefront: Musical Memories of WWII” Tickets $10.00 to $16.00 All Veterans admitted FREE. Simply identify yourself when ordering your ticket and tell the Box Office in which branc
Read more 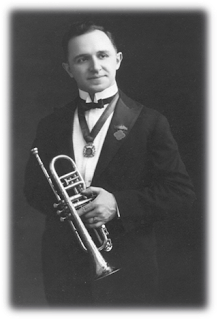 This Sunday, September 12, 2021 at 3:00 PM, The Allentown Band presents its annual "Salute to Bert Meyers" concert at the West Park bandshell. The selections are arranged as Bert would have programmed the concert, and features many of Bert's favorites. Albertus L. Meyers was featured as a cornet soloist with The Allentown Band before touring with the famous Sousa Band in 1925. His repertoire included many of the standard cornet solos of that period, displaying the technical capabilities of the instrument, and the artistry of the performer, such as Herbert L. Clarke's "Bride of the Waves" and "Carnival of Venice." Born in Richlandtown on September 7, 1890, Meyers started music lessons with his father, John B. Meyers, a member of The Allentown Band. He studied cornet under such luminaries as Herbert L. Clarke and Signor Liberati. He studied French horn with Anton Horner, and had opportunities to sit in on rehearsals with the Philadelphia Orchestra w
Read more
More posts